The Definition of A Pink Summer: Bucky Malone

Since the beginning of the year rapper Bucky Malone has been on a constant move, giving us more music and an aesthetic to match. The DMV rapper caused us to start talking back in 2011 with his mixtapes like That Yea. , Weekend at Coney Island, and his collaborations with A$AP Ty Beats.  In January, the DMV artist released his mixtape enitled The Pink Summer featuring  a major amount of production from Divine Council’s ICYTWAT, Blackyouth and Baltimore producer Aaron Lacarte. Post dropping the mixtape, he released two visuals for “Wi$hlist” and “Missions” , and as of this week a playlist to show his appreciation for his fans .During the interview, the DMV artist and I chop it up about what he misses about the 90s, how him and ICYTWAT joined forces,  how close he’s gotten to his “Wi$hlist”, and what a perfect day exactly consists of for Bucky Malone .

Me: So I know you are originally from Virginia but  what part of VA are you from because there’s the DMV and then there’s  the remaining cities like Hampton, Richmond, and Norfolk?

Bucky: Word word, I’m from Northern Virginia, specifically the city Manassas ,like 10 minutes away from DC.

Me: What was growing up in the DMV like for you ?

Bucky: Growing up in the DMV influenced me in many ways. I grew up in nothern Virginia which for the most part is suburban you know. While on the flipside I would go across the bridge in DC and Maryland with my dad side which was closer to the inner city so I kinda had the best of both worlds.

Me:I feel it. So you have a song called “Lil Ralph Tresvant”, was Boys II Men a musical influence for you growing up or?

Bucky: Oh yeah I been a fan wayyy before the biopic came out and all that. I know a lot of people that didn’t know too much about them before the movie but I’ve always been a fan of Ralph specifically though. I just feel like… I  can relate to him in every angle.  He had a lot of people hatin’ on him and I’ve been there.

Bucky: Yeah it was dope ! I loved it just cause everything was accurate so it was just crazy to see it in  the form of an actual movie. I think they did a great job from the actors to the routines and situtations, all that. I f*cked with it.

Me: So earlier this year you released a mixtape called “Pink Summer”  that includes a lot of production from  Divine Council’s ICYTWAT.  Now I know you all have been working since “Beeper” (2015)  but how did you guys’ musical chemistry  inititially  come about  ?

Bucky: Believe it or not, we just met.

Me: Wait, are you serious ?

Bucky: Yeah we’ve been in contact via internet for a minute now. Shout out to my nigga Robert Gallardo( one of the minds behind AWGE,  A$AP Rocky’s art/creative-direction team), we was smoking in the crib in New York and one of his songs came across the Soundcloud and I was so blown away.I really f*cked with his sound  cause he was so polished at like 16. I was impressed. As soon as I came home from NY , I immediately did a verse on one of his instrumentals, asked him if he f*cked with it in a DM, and he said he did so that song is what became “Dirty Bitch Freestyle” .

Bucky : Yeah we just kept the ball rolling from there. I came out to one of their shows late last year and that’s when I met $ilkmoney, Cyrax!, and Lord Linco.

Me: This is while they were on tour with Young Thug or after that?

Bucky: It was sometime late last year so yeah it was after the tour.

Me: Thats really wassup ! Now on the mixtape yall worked on, you sorta painted a 90s aesthetic from the “Flicking Thru Channels Skit”, to even the  90s Nickelodeon visual for “Missions”. What is something about the 90s culture that you wish was still relevant now?

Bucky: I grew up on all the 90s shows and I just miss how simple life was. Those times were some of the happiest moments of my life, you know what I’m sayin’?Alot of people aren’t hip to the 90s like at all but ultimately it’s just the ora that I miss about it. I see A$AP Rocky bringing certain 90s fashion back and Lil Yachty with the Nautica. I guess what I miss about the 90s is everything.

Me: Great points, maybe we’ll get it back one day but now I wanna discuss your song  “Wi$hlist”.  I peeped it when it came out , digged the visual, and you placed Keke Palmer, Yes Julz, Zoe Kravitz, and  London Zhiloh as THE girls on that list. Since putting out the single, have  you managed to get in contact with at least one or close to it ?

Bucky: To keep it real I ended up performing right in front of Zhiloh in Philly. It was a Reeok party out there and I pulled up. I found out she was hosting and it was just too trill. I turned next to me and there she was. I was like oh sh*t. I got up and performed it right there on stage.

Me: That’s definitely wassup! So you recently  just dropped a surprise playlist for the people who were hip to your mixtape release back in January. Why was this playlist so important for you to drop ?

Bucky:  This album was to not just to promote my earlier project but to give something to the fans that fucked with “Pink Summer” when I dropped it. Also the playlist is so that they can have something to listen to until the next project. I didn’t feel right just putting out one project for the year and letting it just be that. It’s the summer time so it’s time to turn up.

Me: You have an intro on the playlist called “Little Tokyo II”. How’d you link up with A$AP Ferg’s producer HighdefRazj for that one?

Bucky: Shit shout out to Raz, he’s from VA too so we have mutual friends . It’s one of those things where he came across my music one day and it was just like shit, let’s work.

Me: Do you plan on dropping another project this year?

Bucky: Imma be doing more visuals for sure, more features, but as far as another project….I can’t speak on it .

Me: On your latest projects , you paint some nostalgic moments through smoking blunts , dissing groupies, and capturing the 90s era.  What does a perfect day for Bucky Malone consist of  exactly?

Bucky: It would probably be just to wake up, hit a blunt,kick it with my n*ggas, and probably end the day with some sex, more than likely.

Me: Alright, respect . At the end of the day, what is your ultimate message to your fans ?

Bucky: I think the message i’d like to leave my fans with is that i’m not a role model but if I can help mold them more than yesterday then great.I’m myself 1000% of the time so I want to motivate others to accept themselves in the same way.

Me: Wow, that was definitely a quote to remember. Thank you for that Bucky, that wraps up everything!  It was a pleasure to speak with you today here at Everything Boisterous.

Bucky: No doubt , Thank you!

Last year  Fanglife member Premeir Jones released his Roses EP that  allowed us to be  appropriately introduced to the MC. The EP included limited features for the 4 tracks including Bankroll Bird, Clint Norway, and Tange Lomax. One song in particular that stood out was his last  track “Run” which features Lomax’s signature sound  as well as a  hefty visual . Peep the video below directed by Zelda June.

As Seattle producer Kyo-Ken finsihes up his debut album, he decided to give us a dose of what to expect by teaming up with Oakland’s Elujay and fellow singer MistaDC (who are also wrapping up their own solo projects) for the perfect mashup. Even though Seattle is known for it’s rainy days, the artists take the time out to paint a different kind of afternoon. The track is soul meets feel-good dance music but nonetheless melodic and nostalgic enough to keep it on repeat. Enjoy the ride with this Cali collab below :

Posted in Artists On The Rise | Tagged cali, elujay, everything boisterous, kyo-ken, mistadc | Leave a comment 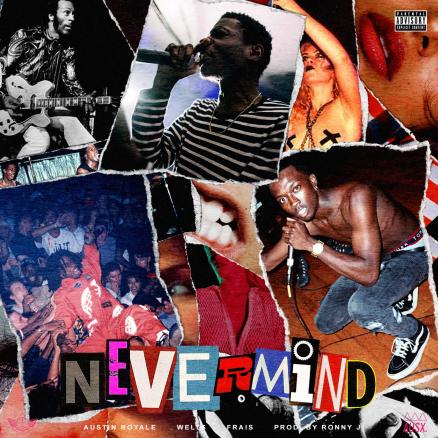 After delivering “The Usual” to us back in October and giving a ray of performances throughout the east coast , Durham’s Austin Royale recently decided to drop another  treat  as we await for his upcoming project  Plan A . His latest single featuring Charlotte’s Well$ and 006 Set’s Frais will make you say “Nevermind” to anyone who isn’t already paying attention to your wave. Peep Austin’s latest collab below and as always, stay tune.

R.LUM.R talks “Frustrated”, his come-up from Sound Cloud, & wanting to collab with Sampha

I had the chance to catch up with rising R&B star R.LUM.R at the  Art Of Cool Festival to discuss his come up, his R&B influences(from George Benson to Erykah Badu), his single “Frustrated”,and wanting to collab with Sampha. Catch R.LUM.R touring this summer via http://www.werlumr.com/